Be Brave. Make Money. Carmen Williams (scroll down for podcast and video)

I interviewed Carmen earlier in the year. At the time, she was representing her company ‘Strategic Action Consulting’.  At the time we discussed how to be strategic in your business, overcome overwhelm and achieve your goals.

Now Carmen has embarked on a new exciting endeavour. She has joined forces with Maureen Pound to form a new business called, ‘Be Brave. Make Money’.

So tell me what lead you to this point?

Strategic Action Consulting was primarily about supporting businesses in the health sector to get really strategic and make stuff happen. But that was relatively new to me. I’d just been running that business for just over a year. When I started, I had no idea about business. I didn’t even know the difference between marketing and sales. I knew nothing.

So I went out had this idea to start this business. I was so determined. I was willing to do all the brave things. And I saw all these people around me who also wanted to start a business, and a year later I had done it. I had this financially successful business which was contributing to society, and a lot of these other people were still just spinning their wheels.

And Maureen is one of the bravest women I know. It made sense to join forces, with our shared passion, to support people in business, primarily women, to be brave and make money!

You’re lucky to have found someone that you share a common vision with that you can share the journey with and bounce ideas on.  That’s pretty exciting!

It’s really good. I wasn’t even looking for it. Maureen and I were just having a chat. One of the other things we like to talk about is LinkedIn.  So we were chatting about LinkedIn and we said, ‘Hey, we work really well together’, and then it was like this world wind romance and we got ‘married’!

Now guys, to clarify, they didn’t really get married! Don’t get confused! They got married in business!

Yes! It was a business wedding!

So your business is called ‘Be Brave. Make Money’. So obviously, bravery is a thing. And making money.  What does making money mean to you?

The premise of a business is that it makes money. It’s not the be all and end all. But to be alive you need blood (like a business needs money).

But money can be all sorts of things to different people. It can be a fancy car or 100 shoes, though those things don’t really interest me.  What it means to each person is individual.

What it means to me is that I get to have fun and influence and positive impact on more and more people, and I get to do fun, exciting things, meet new people, travel, spend time with my kids, pick them up from school, and demonstrate to my kids that I’m living my potential, and encourage them to do the same.

So I think that’s what money means to me, but it’s all individual.

And growing up, a lot of us get this idea that money is bad. Or people with money are evil. And that might be the case in some cases, but I think money magnifies you as a person.

So if you are evil, it magnifies your evilness. But if you want to make a difference, I think it magnifies that as well.

I’d sum that up with the word ‘freedom’.

I like the word ‘freedom’. It just gives you more choices. You get to choose. For example, we’ve been invited to do some coaching in Vegas, and I was saying, ‘But my kids don’t have passports!’ and Maureen said, ‘Yeah, but if you throw money at it, you can get passports within a day’. Money just gives you options.

How did the Vegas offer happen?

It came via LinkedIn. Maureen and I have really seen the value of LinkedIn for ourselves. And we now support other people on LinkedIn as well. It’s just about putting yourself out there. And you never know what’s going to come back. Some of it is dodgy. But some of it is amazing! Like, ‘Come run a coaching course in Vegas!’

It opens you up to all sorts of possibilities. We just ran a LinkedIn training recently.  Someone took one action, as she was asked to do consulting for a whole day! So imagine that magnified. So we’re pretty passionate about LinkedIn.

What was your relationship to money growing up?

I grew up in a very working class family. At times money was short. So I learned how to budget. How to prioritize. And that’s really valuable, and worked well for me when I was at uni and really poor.

But going into business, what I found is that you need to change your attitude towards money. When I started, people were like, “Oh my God! You’re spending $10,000 on coaching?! For just talking to someone?!”

But what they don’t get, is that my coach taught me to make more money. You change the way you think about money and what you spend money on. Growing up, I learned about budgeting. So one thing you might hear is ‘Don’t buy your coffee each day’, but i now say, ‘Have your coffee, but use it to pump yourself up so that you can take the action to make money in your business!’.

So I think action in your business is going to make you a lot more money that counting each dollar you spend. You still have to budget and be wise and consider your spending, but focusing on making money is really, really powerful.

You have to be strategic. And pretty early on a got a Virtual Assistant. And there were weeks when I thought, ‘I really can’t afford her’, but I knew that it was essential. She was spending 4 hours in my business a day. So I got to spend those 4 hours doing other stuff. So it’s really paid off. I’ve now got a team overseas. So it was about incrementally increasing the amount of support. It’s about tweaking your attitude. You can spend to make money.

So how did you get to be where you are now?

Some people look at me and say, ‘Carmen, you’re so confident!’. No, that’s not where I started. I was so scared of speaking to people. Picking up the phone and speaking to someone was my idea of a nightmare. I’m a nerdy scientist by training. I fell into a project management role. I implemented all sorts of things and did strategic planning. And then I just stumbled across the coaching course.

Maureen was a friend of mine. She said, ‘Hey, you should do this course!’. She said it would be the best course I’d ever done. I didn’t believe her. But she was right.

The day after the course, I quit my perfectly good, secure, well paid job and negotiated to walk out at lunch time!

I had to go back for my farewell.

Wow! You got brave!

At the time, my mum was diagnosed with a terminal illness. My mum was 20 years older than me. So I kept thinking, what decision would I make if I knew I was going to die in 20 years? And that changed things for me as well.

What do you say to people who say, ‘That’s great for you, but I’m not that type of person. I can’t be that brave.’

I don’t like the word ‘can’t.  You get to make a decision.  Bravery isn’t an absence of fear. I don’t know if you can tell, but I’m a little bit red. I’m a little bit nervous, doing this podcast. But that’s fine. I feel fear, and I’m like, ‘That’s cool! That means I’m pushing my boundaries!’

So I want to be clear. Bravery isn’t an absence of fear. It is a decision to do it anyway.

So if someone says ‘I can’t do it.’ Well, you can. You just have to decide if you want to do it. And if you don’t want to, that’s fine. Seriously, it’s your life. But don’t tell me you can’t do something, because that’s just not true.

So what’s coming up for you?

We have lots of exciting things. We are continuing our LinkedIn Strategy. We teach people how to use LinkedIn strategically. And we’re using LinkedIn for lead generation ourselves. So we’ve experienced it ourselves. We know how it works and how it doesn’t work. And how you can really leverage it. Doing it in a time efficient way. Getting the biggest bang for your buck and your time. So we support people with that.

And we are continuing to coach a whole heap of amazing business people. And we also teach coaching as well. It’s so powerful to get the most out of yourself and others.

After a full day of coaching, I always feel so knackered, but also so elated. To see what people achieve, it’s just, and this might sound corny, but it makes my heart sing. That’s what it does. This is why I’m doing what I’m doing.

Also, hot off the press, we are going to hold a retreat. It’s called the ‘Make Money” retreat.

You can connect with Carmen Williams on LinkedIn here

You can connect with her business partner Maureen Pound here. 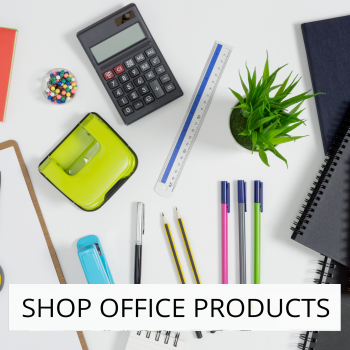 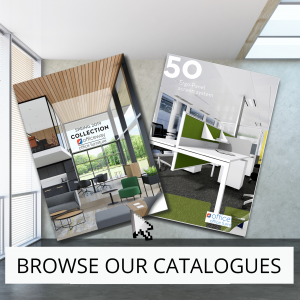 Friendly, fast and very professional service. They have a great range and competitive prices. Highly recommended!